Clash Royale is a massively popular game known for its diverse cast of characters and cards to play. Each of these cards and characters has its own set of abilities and skills that give players the advantage of winning the game.

However, some characters are either underpowered or overpowered that bear hate from the community. Most of these characters tend to get hate simply because there’s no other way to play around it. Here are some of the most hated cards and characters in Clash Royale.

The Golem is a slow melee character that has very high health points with moderate damage. One might think that this unit might not have that much impact in the game considering he is just a tank.

However, when you look at his skill set, you’d be surprised to know that his high health points, and his ability to spawn smaller foes that help push a lane, become obnoxious. To top it all off, whenever the Golem gets defeated, he explodes in an area dealing tremendous amounts of damage.

The Golem itself is already a formidable unit to defeat plus it is an effective unit to push a lane without having too much strategy involved. Many players want to put high damage troops behind the Golem. It is such an obnoxious character that many fans of the game truly do not like.

The Miner is another character in Clash Royale that ultimately gets a lot of flack. Upon summoning, this single-target melee troop can be placed anywhere in the arena which makes him a very good card to use for a surprise attack.

The fact that you can put a character into play at any location in the game makes it very dangerous if used against you. For example, if you try to protect your high-damage characters by placing them far behind your troops, you can still get gobbled up by the Miner with his moderate damage.

The Elixir Golem is a unit in the game that is massively overpowered due to its nature of giving Elixir to the player that defeated it. Elixir is the main resource used to deploy units in the game.

Having an extra Elixir and deploying even more troops to the battleground will surely bring the tide of battle to your favor. Apart from it giving resources, the Elixir Golem is also tanky and splits into faster-moving Elixir Golemites but has far less health than the main golem.

Players do not want to deal with this unit as it gives the opposing player the advantage, so careful planning is needed for this unit for it to be effective. This is one of the reasons why you don’t often see the Elixir Golem come into play.

Probably one of the most popular characters in the game, the Electro Wizard is notorious for his game-changing skillset. This single-target ranged unit offers damage and utility with its stuns.

He can stun a target with each attack and if there are enemy units nearby, his lightning attacks split into two hitting them both. While it takes around 4 Elixir to summon this unit, having the Electro Wizard on your side can mean victory.

This is the reason why many players do not want to deal with the Electro Wizard especially when he begins to wreak havoc on the battlefield. This unit synergizes well with many other troops in the game making him a unit that your opponents will not like to play with.

The Night Witch herself does not pose a real threat but it’s the bats surrounding her that are quite frustrating and menacing to play with. The bats deal a lot of damage to towers and make quick work of them whenever they are deployed.

Most of the time, the Night Witch is a very vulnerable unit and can be taken out within a few seconds but when placed behind a tank, she and her bats can be difficult to deal with.

You’ll have to get through the tank first before you can attack her and her bats. Whenever a Night Witch is summoned into play, do whatever you can to destroy the tank behind her, or else you run the risk of losing the game right before your very eyes.

If you’ve made it this far to the list, there is one common theme that many players do not like playing against. It’s the overwhelming force of units barreling down the towers without having counterplay – such is the case of the Goblin Drill.

The Goblin Drill is a building that spawns Goblins every few seconds and can be deployed anywhere in the arena. Here’s the most annoying part when playing against the Goblin Drill.

Not only does it have high health and summons Goblins toward the tower, but it also summons even more Goblins whenever the drill is destroyed which can swarm your tower and destroy it immediately causing you to lose the battle.

Imagine having to deal with not one but two fast-moving high-damage units that tear enemies left and right. These are the Elite Barbarians as they are one of the most versatile units in the game.

Not only are they quite aggressive with their high damage, but they can also be good to use as a defensive tool. They can rampage through the battlefield giving way for your units to get into position and attack towers.

Elite Barbarians can also be used to split push which proves to be a nuisance for players.

The Inferno Dragon is a terror in the arena. This short-ranged flying unit has moderately high health and can deal tremendous amounts of damage at any stage of the game.

At first, one might not put too much attention to the Inferno Dragon when they are summoned but as soon as it starts dishing out damage, the unit becomes very frustrating to deal with.

This dragon’s damage increases over time so the more you try to ignore it, the more it will become difficult to manage. Thankfully, one good way to counter this unit is to swarm it with units so it focuses on them instead of your towers.

One of the most frustrating cards to play against in this game is Freeze. This is one of the rare cards that can be used in the game to tip the advantage to your side.

Freeze simply freezes an entire area thus delaying a push or giving the opponent time to create an army to defend their side. This card is usually used to save units that are about to be defeated which is highly frustrating for those who are trying to destroy an enemy unit.

It is also highly effective to use Freeze with Balloons as you are very vulnerable to high damage whenever your units and buildings are frozen. If you want to win more games, use Freeze but surely, you do not want to win games with this kind of strategy.

Arguably one of the most hated characters in Clash Royale, the Mega Knight is the mega-death machine that destroys anything in its path. Imagine a tank with high-powered weapons that also deals damage to its surroundings.

The Mega Knight charges for a jump attack and deals double damage to all units surrounding him upon landing. The unit’s high health points make it difficult to take him down and you’ll need all the resources and troops that you need to slow him down.

It takes another overpowered character in the game, say the Inferno Dragon or other units, to deal with the Mega Knight but air troops are the best counter-strategy against him. Needless to say, the Mega Knight is a bane in Clash Royale that should not have been put in the game.

Every player knows that Clash Royale can be very fun at times but some players want to take advantage of the game’s outright overpowered characters and cards to help them win more games. This is one of the many reasons why many players hate to play against these characters. While they do bring in the victory, they’re not much fun to play against. 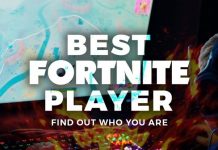